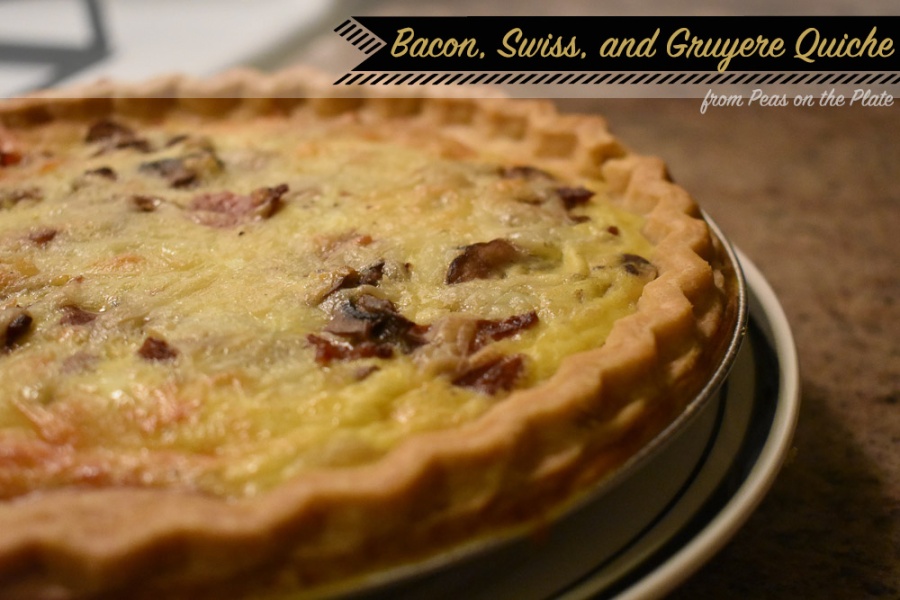 Happy New Year, everyone! Let’s all get started on a more hopeful, peaceful, and substantially less moronic 2017. (Why is that last one always the most difficult for some people?!)

So… how’s your post-holiday bank account doing? Credit card statements looking a little bloated? You could probably benefit from a pretty inexpensive meal that will last awhile, huh?

I bring you… quiche!

Quiches are definitely big players in the “take whatever’s in your fridge and throw it all in here” game. With an egg base, it basically becomes a giant baked omelette in a pie crust, and there is nothing about that that’s undesirable unless you don’t like eggs. In which case, get out of my house. I decided one night to set out on a journey to make a pie/omelette hybrid of my very own. And what a journey it was!

The original recipe from Renee’s Kitchen Adventures calls for shredded Swiss cheese. I didn’t know that was a thing, but my local store didn’t have it. While standing in the store frantically Googling decent substitutes, I learned that “Swiss cheese” is actually an umbrella term for several varieties of cheeses, like Emmental, or one of my favorites… Gruyere! I picked up a box of that and never looked back. Gruyere goes well with almost everything, but especially mushrooms. 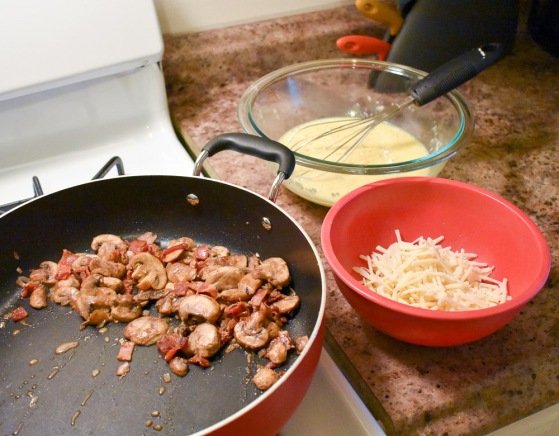 My signature “oh shit!” moment came when I realized we didn’t have sherry in our house. I used some sauvignon blanc we had in our fridge because I’m alcohol-illiterate and had no idea if it’d make a huge impact. Truthfully, with only a tablespoon and a half of it in there, I didn’t taste it at all. I kept the original sherry in the recipe though, for people who probably know better than I do.

The original recipe makes enough to fill two pre-made pie shells. I halved it because we had no room in our freezer for an extra quiche, and we still had plenty for all three of us. It’s hearty, cheesy, and delicious… just make sure you layer it carefully so no one ingredient winds up clumped together. Like this: 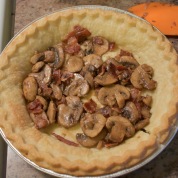 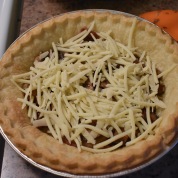 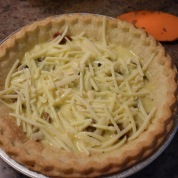 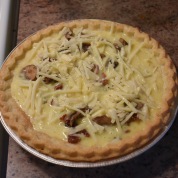 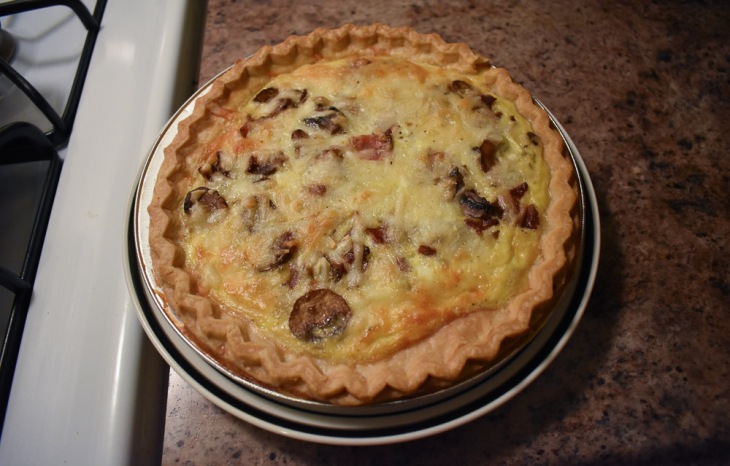 Writer, enthusiast of many things, perpetuator of snarkitude, Jersey girl (those last two might be linked). With all these powers combined, I... have a blog. View all posts by Maggie

2 thoughts on “Mushroom, Bacon, and Gruyere Quiche (or: How to Feed Yourself Through Post-Holiday Poverty)”